When it comes to any Red Carpet Appearance, We see Celebrities striking hot chic as well as some hilarious mal functions too. Yesterday night was same 😉 Along with some stunning looks, I saw some disaster looks as well. But for now I am going to share Top 5 Best Dressed Red Carpet Looks from Golden Globes Awards 2014.

I personally like how Taylor Swift dressed up for Golden Globes Awards Red Carpet. Taylor Swift was wearing Carolina Herrera Gown. She completed her look with minimal accessories and a coral red lipstick. Nothing but just perfect! 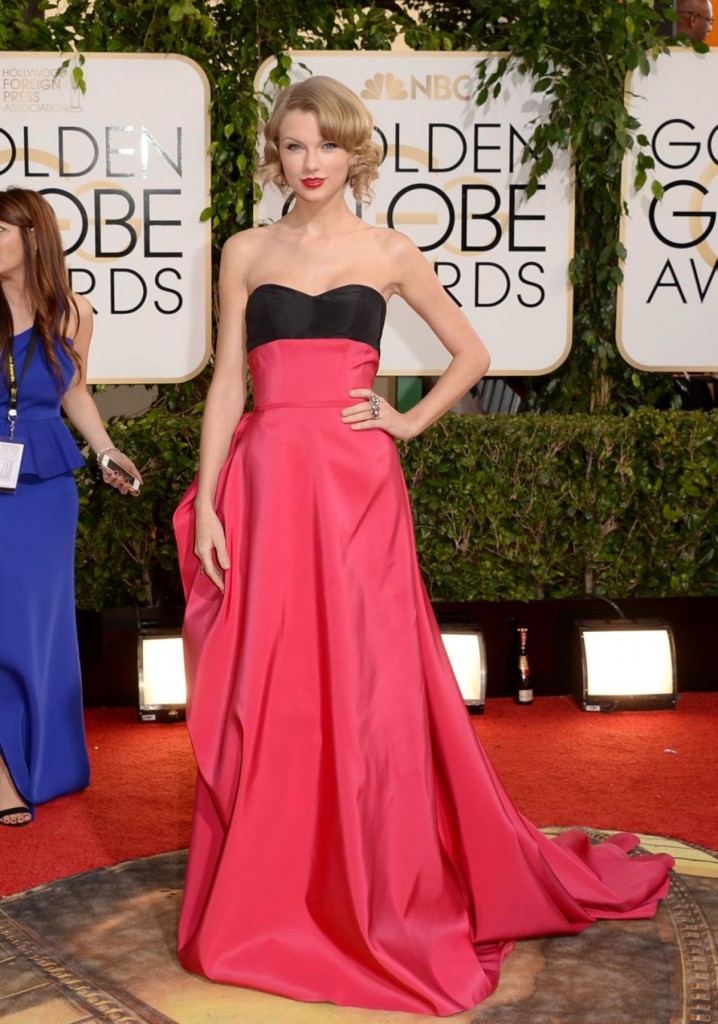 Honestly I never find Amy Adams looking so sexy ever before! But yesterday was her night. Amy Adams was seen in Red Hot Valentino gown on Red carpet at Golden Globes Awards last night. Nothing much to describe her look, Valentino gown did magic for her! This black beauty came in perfect fashionista style yesterday! Though it was her first appearance at Golden Globes Awards, she nailed it with her choice of Dress for Red Carpet. Lupita Nyong’o wore cape dress by Ralph Lauren. She rocked the Red Carpet with her stunning attire. 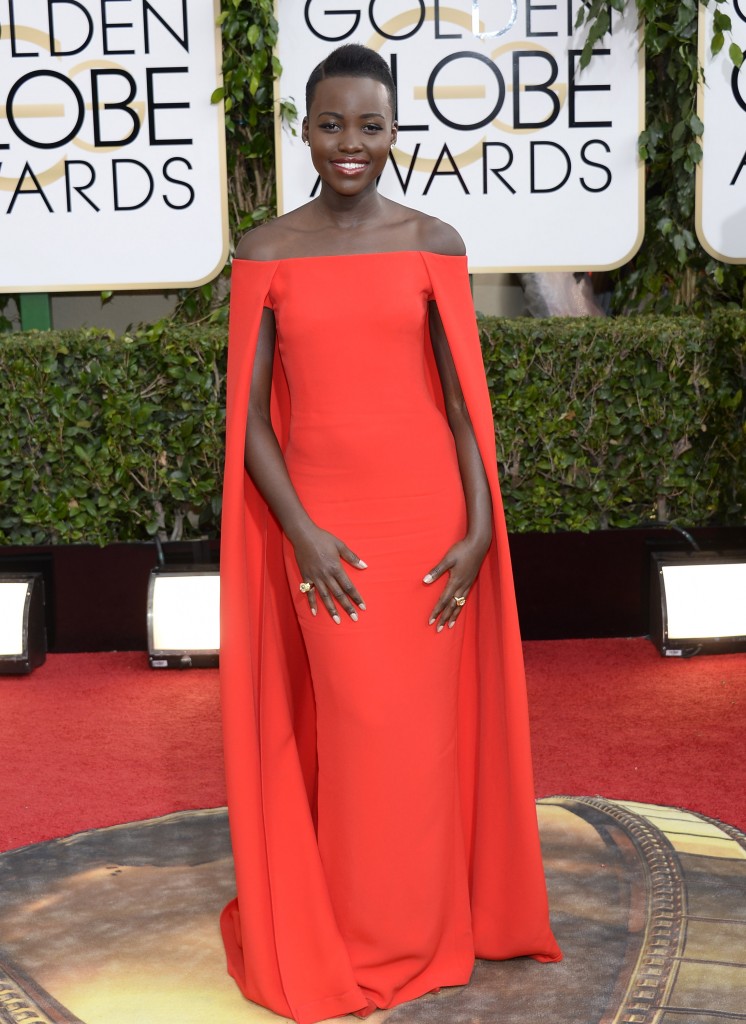 As expected, Jennifer Lawrence spotted wearing Dior Gown. Being face of Dior, it was easy guess that she will wear something from the Dior itself. This time she wore White Dior Gown with Black detailing on it. She completed her look with stunning green tear-drop earrings, glam bracelet and a black clutch. As far as I have seen her on Red Carpet, She never disappointed us and that is the reason, we call Jennifer Lawrence as Fashion Darling of Hollywood!

So these were Top 5 Best Dressed from Golden Globes Awards 2014. Who is your favorite? What you liked the most? Share your views.