A Tribute to Paul Walker

While popular singer Beyonce send Paul Walker a Tribute in her own style. Last night Beyonce dedicated a song called ‘I Will Always Love You’ To Paul Walker at the Concert. 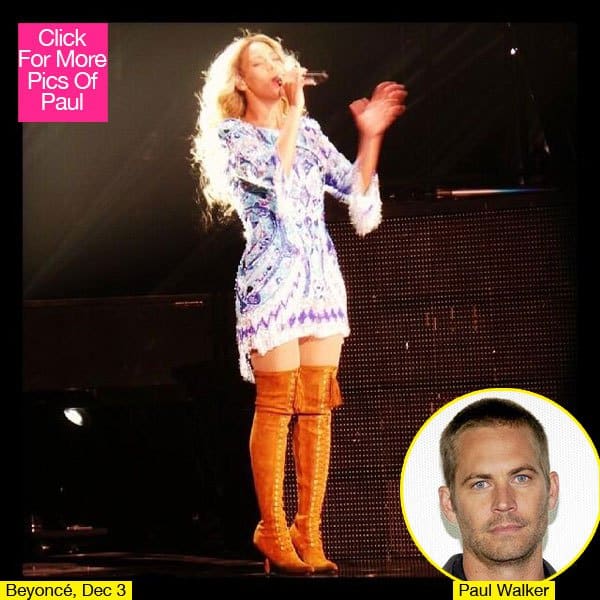 Also the Chairman of Universal Pictures announced that the money earned from Fast & Furious 6 DVD Sales, will benefit ROWW, A charity and Network of people to help people facing natural disasters globally!